Transformed By the Renewing of My Mind (1) 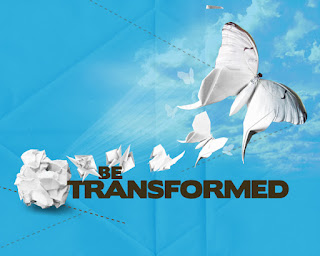 The first thing I would submit is this: We're doing church wrong. God never intended a local church to be a mega-church or even a congregation of hundreds. Although this practice is prevalent across the globe, this mistake is seen the worst in western churches; especially in America. And the main reason why it's perpetuated the most is because of money! Why do those who plant churches find it necessary to build great buildings to hold services in when this wasn't the way it was in days long gone? The errors of the mega-church go far beyond leaders collecting money from the hundreds and thousands of people that visit their churches every week. Other implications that arise from large congregations are as follows: (I will post examples and give solutions)

It fosters "consumer Christianity". There's no reason why hundreds of believers should sit at one time under any preaching of the Word. This is a result of Hebrews 5:12, and symptomatic of the western church as a whole. Instead, what should be taking place in the ministry is more believers serving rather than sitting in pews. I'm not suggesting that Christians should never spend time in corporate worship or getting exhortation. But look closely at the majority of churches. When the agenda revolves around the status quo of people coming, giving, maybe singing a few songs, listening to a preacher, and then leaving..Many things are missing.

Now some may interject and say, "Of course, we know the ideal goals in ministry, but how are those things accomplished?" The answer to that starts with the leadership ministering the Word of God. There are many preachers only saying the things others want to hear. In other words it's 2 Timothy 4:3 being played out across the board. And what happens is this: When your ministers never say anything hard then the culture of your church becomes conducent to lukewarmness. I'm not suggesting that preachers need to preach with mean spirits. But what I am saying is that there needs to be times when the counsel of the Word gives place for the Lord to purge His people. An example of this can be seen in the gospel of John 6:66 where many disciples decided to no longer follow Jesus and fell away.


The last thing I would cite as a problem with the mega church is the fact that it's evidence of a ministry not properly discipling and deploying its people. One of the biggest mistakes I've seen is a church rallying around a person's personality and it being a one man show. Granted, a preacher may be charismatic, but when all you have are multitudes of people coming to listen and give some kind of intellectual or emotional ascent to what's going on, then there will be no sustainable growth or significant outreach from that ministry. Instead, what I would submit is that churches (when they get to a certain maturity and number) should decide to form another local assembly. I realize some ministries are better at this than others, but we're a long way off from saying no the mega church. And again, while money is the main reason why we don't see more of this. It doesn't stop there. Other reasons why leaders latch on to the mega church model are pride and power. But there is coming a day when they will have to answer to God for these things. Amen.