My father was a priest among his peers
My mother was barren and advanced in years
Both were righteous before God and blameless
When one day my dad went into the temple to burn incense
And an angel appeared and told him things that made no sense
So it was that people were made to have joy and gladness
The time had come for the prophecy to be unveiled at last
What will his name be called, they asked..
On a tablet, my father wrote, "His name is John."

All who heard, kept these things in mind
Until one day in the wilderness the people did find
The one crying in the wilderness saying, "Make straight the paths of the Lord."
I wore a garment of camels hair and leather girdle
And people from all around Jordan river encircled
Being baptized while confessing their sins
But I said commit deeds worthy of repentance
Or this will be your death sentence:
Like a tree without good fruit; you will be thrown into the flames

For I baptize with water
But He who comes after is hotter
He will baptize you with The Holy Ghost and fire
Then to Jordan came this Jesus from Galilee
And I told Him I had need to be baptized of thee
But He said, "suffer it now: for we must fulfill all righteousness."
Then when Jesus came out of the water
The heavens parted above
And the Holy Spirit descended as a dove
And a voice from heaven said, "This is my beloved Son in whom I am well pleased."
Now before the days I was cast into prison
There arose a question that caused some division
They asked, "What about this man you witnessed, behold He baptizes and all men come to Him."
But I said, "He must increase; but I must decrease." He that believes in Him life shall never cease
But they that believe Him not the wrath of God abides on them.
Now shortly before my life was to end
Two of my disciples to Jesus I did send
Asking, "Are you He that should come or do we look for another?"
He said, "Go your way, and tell John what you see and hear; how the blind see
The lame walk, the lepers are cleansed, the deaf hear; the dead are raised,
To the poor the gospel is preached. Blessed is whosoever is not offended in Me."

So when death is near
Don’t lose faith and fear
For He has promised to never leave nor forsake you.
And if in service God chooses for you to be killed
Count it a privilege, don’t resist His will
Because to be absent from the body is to be present with Him
Then in glory you’ll be ever with the King
With a new song to sing


" Praise the Lamb of God for sinners slain!" 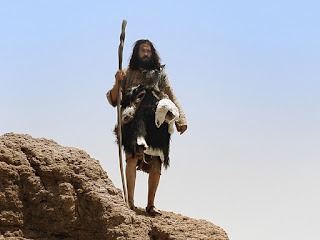