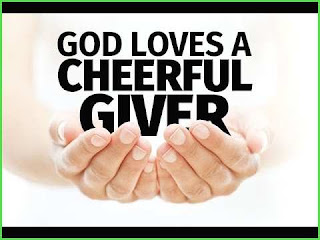 It's always best to live the Word of God yourself rather

than to study it from commentaries or experience

vicariously thru someone else who’s giving a testimony.

For example: One day I read the verse where Paul wrote

how God loves a "cheerful" giver. So I prayed and asked

God to allow me to yada (personally experience) that

verse for myself. Then the day came when I was working,

full of bills. It was pay day. So there I went, driving down

the road, when I saw an old man and an even older lady in

a wheelchair. They were together and the guy was pushing

her in the wheelchair. So I prayed and inquired with the Lord

if this was someone I could help. So I pulled up to them and

asked them about their situation. Turned out the man said he

could use some help with extra bus fare. So I reached into my

envelope, intending to pull out one bill, but as I did, the Holy

handing it to him. He was blown away. And I was getting

overwhelmed by this point too.


I tried explaining myself but as the seconds ticked away, tears

and laughter started flowing as well. Thank God he was a

believer too. Because I must have seemed like a madman that

day. But it was all good. By the way, do you know the word

that’s used for "cheerful" in the original greek?

giving. And do you know that's where we get our word

I’m not sharing this to toot my own horn. I’m just

posting this to make my point.


That's the best way to discern what a truth or principle