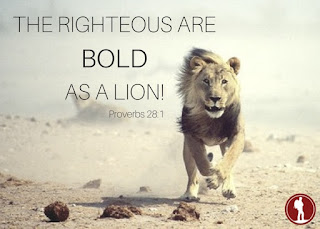 from the confines of the Shady Pines cafeteria, home to about 300

retired and elderly persons living in a retirement community on the

outskirts of Suwannee County, Florida. Adjacent to the dining hall,

20 people in attendance. A little less than half of those people

are alert and giving the sermon preached by the Pastor any

attention.The rest are fallen asleep and are slumped down in

wheelchairs, waiting for someone to wake them for lunch. The

minister starts to conclude his message on the differences between

the righteous and wicked that something last night inspired in Room

Ms. Fairchild has been a resident of the community for

approximately four months due to a knee replacement surgery that

therapy purposes. To understand how this story occurred, the

Pines Retirement Village. The community has staff on call 24/7,

entrance of the home. The front door always stays unlocked for

friends, family, and visitors to come and go as they please. The

building. To the front desk attendant, nothing seemed out of the

ordinary. He said he was there to pick some things up that his

grandmother had called him to collect for donations. His

appearance was casual. His demeanor was normal. There was

something was wrong. That was until about half 20 minutes later.


As the video recording showed, after the suspect signed in at the

front desk, he then picked up his guest pass and walked down the

hallway that led to the residents' rooms. The surveillance then

proved that the man walked slowly to room 101, took out a card,

swiped the lock to the door, and quickly made his way inside the

apartment. That is where the village's video footage stops, and Ms.

Fairchild's testimony picks up. The story has been the buzz of the

community for the past 12 hours, and the inspiration for the Pastor's

sermon at this very moment.


Ms. Fairchild is 81 years old and for a woman at her age – despite

the knee replacement – is in excellent physical health. Her mind is

in sharp faculties as well. She attributes her keen awareness to

what she often refers to as the Word of God, continually

transforming and renewing her. And on Thursday, April 12, one

day before Friday the 13th she underwent one of the most


Pastor Morris, at present, is in the church service (in which Ms.

Fairchild is in attendance). And right now he is exposing the works

of the one who comes but to steal, kill, and destroy while extolling

and blood but against principalities and powers, the spiritual forces

of this evil world. As Ms. Fairchild reflects on the night she'll never

forget, she thinks to herself that love won the battle and quietly


So as it just so happened, the hour that the intruder broke into her

home, Ms. Fairchild had risen from bed and had gone to use the

bathroom. As she was in the restroom, the burglar had made his

way into Ms. Fairchild's bedroom and had started to rummage

through her dresser drawers in search of anything valuable. From

the adjoining bathroom that was right before the door to her

bedroom, she waited and listened to the sounds the burglar was

making as he continued to go through her belongings. From her

bathroom, Ms. Fairchild silently prayed to God for courage and

seemed. Finally, as the intruder was making an end to searching the

room and placing valuables in his tote bag, Ms. Fairchild made a


As he made his way back toward the door to make his exit, Ms.

Fairchild flipped the lights off in the bathroom and flung the

restroom door open (casting only a silhouette shadow to the man

outside.) After a few moments when the intruder did not go past

her to flee she opened her mouth to speak. She wanted desperately

the situation, but her mind just would not recall any Bible verses at

the time. So she did the next best thing she could think of and held

reference over and over again as much as she could yell it. “Acts

intruder in the other room screamed, dropped his tote bag, and ran

out of the residence as fast as his feet would take him.

Panicked, he didn't even slow down when he made his way back

security video and tracked him down several miles from the

retirement village. They were surprised after they took him down

to the police station to interrogate him. They couldn't help but

sense the irony when they asked him why he dropped Ms.

Fairchild's belongings and left without anything. He told them that

retirement home personnel breathed a big sigh of relief and

laughter. Meanwhile, Pastor Morris summed up the service by


Father God in Heaven: Thank You for another day of your mercy

and grace. Thank You for being who You are and allowing us in on

some of the wonderful things You do. Truly, You didn't give Your

people a spirit of fear but of power, love, and a sound mind. Thank

you for protecting us again for Your name's sake. Thank you for

nobody is pursuing them, but the righteous will be bold as a lion.

God, let us never forget that our adversary is also roaming about as

a roaring lion seeking whom he may devour, but greater is the One

that gives us the victory. And Lord, let us live and forever share

the verse that Ms. Fairchild quoted last night to her burglar. Not

that we have an ax and two 38 pistols, but just what the apostle

Peter said in that verse, that people need to Repent and be

baptized, in the name of Jesus Christ for the forgiveness of sins so

that they will receive the gift of the Holy Ghost. In Your Holy